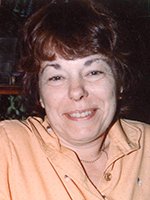 July 25, 1934 – Mount Tremblant, Quebec April 5, 2015 – Calgary, Alberta Marie – Claude Chikinda (Claude), beloved wife of Julian Chikinda (Chick), passed away following a stroke on Sunday, April 5, 2015. Claude and Chick were an inseparable couple who met while both were employed by Air Canada. Together, they travelled the world and were part of setting up Air Canada’s operations in Florida. After they both retired from Air Canada, they came back to Calgary to reside. It was here that Claude and Chick discovered a true passion for gardening. In fact, Claude’s passion grew to such an extent and ability, her garden was named by the Calgary Horticultural Society as best Composite Garden in Calgary in 1982. Her solarium (a Claude and Chick joint construction project) became a treasure of flowers and plants. Not satisfied with becoming an expert at gardening, Claude went on to her next project – art. Art became the next passion in her life and she decided to seek formal education in it at ACAD in Calgary. Her painting soon became as renowned as her gardening. Claude graduated with several diplomas in painting, sculpture and even artistic welding. Mount Royal College (University) commissioned her to do a painting for its library, which still hangs there today. However, she was happiest when she was with Chick and their beloved dog Ashley, fishing and entertaining friends and family at Sundre, Alberta on the deck of their trailer. Chick and Claude enjoyed many happy summers there fishing and visiting with all who came by. Their hospitality was legendary as were Claude’s culinary talents. Marie-Claude is survived by the love of her life, Chick, one brother Michel Carriere (Gisile) and one sister Suzanne Gravel (Rejean). Claude is also survived by many nephews and nieces, all of whom enjoyed her laughter, art and joie-de-vivre. A Celebration of Marie-Claude’s Life will be held at McINNIS & HOLLOWAY (Chapel of the Bells, 2720 Centre Street North) on Tuesday, April 14, 2015 at 2:00 p.m. Condolences may be forwarded through . In living memory of Marie-Claude Chikinda, a tree will be planted at Fish Creek Provincial Park by McINNIS & HOLLOWAY FUNERAL HOMES, Chapel of the Bells, 2720 CENTRE STREET NORTH, Telephone: 403-276-2296.