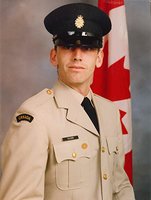 David enjoyed the company of wonderful friends, loved his family dearly, and had a passion for sports.  He will always be remembered for living in the moment and reminding friends to “never wish time away.”

David is survived by is daughter Stephanie (David) Zanin of Calgary, AB; two grandchildren, Kalix and Kayden Zanin of Calgary, AB. He is also survived by his two brothers, Anthony “Tony” Oliver and Paul Oliver of St. John’s, NL, sister Debbie Oliver of St. John’s, NL; three nephews, Alexander and Adam Marshall, and Benjamin Oliver; and many other family members and friends.

David was predeceased by his father of 70 years, David F. Oliver and mother of 73 years, Ruby J. Oliver.

Condolences, memories and photos may be shared and viewed on David’s obituary at www.McInnisandHolloway.com.