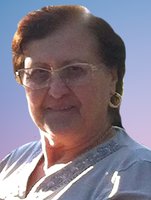 A Private Funeral Service will be held, due to COVID19 restrictions. Graveside Service to follow at Queen’s Park Cemetery.  Condolences, memories and photos may be shared and viewed on Henena’s obituary at www.McInnisandHolloway.com.