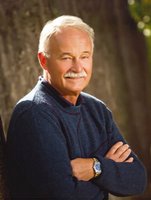 It is with much love that we remember George Howard Bell, devoted husband, kind father, caring grandfather and very good friend. George passed away peacefully on Sunday, November 29, 2020 with his family by his side.

George was born in Sherbrooke, QC, on August 31, 1950, to James and Ann Bell. George attended McGill University and graduated in 1971, with a degree in Geology. In 1972, he moved to Calgary, AB, where he met his wife, Marianne. He practiced geology for 52 years; 44 years in Calgary and 8 years in Denver, CO. George was very athletic, playing hockey for the McGill University team continuing to play into his 50’s. He was an avid sports enthusiast and devoted Flames fan. For the past 10 years, George enjoyed winters in Arizona, with numerous rounds of golf and many welcomed guests. Always planning the next adventure, George and Marianne traveled the world. An eternal optimist, we will lovingly cherish him in our stories and memories.

He will be fondly remembered by his wife of 42 years, Marianne, two sons, Michael and Brian; brother Ian, three grandchildren, and his nieces and nephews.

George's memorial card can be viewed using this link