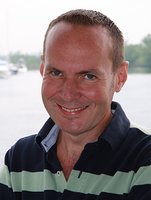 It is with great sadness we announce the sudden passing of Robert Alexander “Sandy” Buchanan, on July 18, 2021, at Calgary, AB. Beloved life partner, and best friend of 32 years of Donald Joseph Pare.

He will be missed by aunts and uncles, Jack Morrison MacKillop, Donald Norman (Ellen) Buchanan, Francis Hugh Fraser (Ida), June Haliburton Blackman (Barry); and cousins, Darren Ross (Laurie) MacAulay, Brian Kevin (Anna) Buchanan, Rhonda Tracy (Brent), Scott Alan (Jenn), James David Fraser, Marilyn Jean Fraser (Brian), Paul Campbell Fraser (Lisa), Christine Ann Warman. He was predeceased by his loving aunt, Aileen Jessie (Buchanan) MacKillop (1937 – 2017), and cousin, Brenda Charlene MacAulay (1963 – 2010).
A long-time employee of Imperial Oil, Sandy was a perfectionist and excelled at everything he tackled. His scholastic achievements are notable. His talent in the kitchen was unrivaled and many friends and family over the years celebrated his refined skills. He enjoyed travelling to sunny destinations, boating and being outdoors. He and his partner were looking to return to his birthplace upon retirement, with a new and final home, and a boat at the marina… a perfect end to an exemplary life.

Most of all Sandy was a gentle, compassionate, and sensitive man and will be missed by all who had the pleasure of knowing him. We are all devastated and will miss him terribly. Godspeed my love.

Funeral arrangements to be announced with a burial at St. Andrew’s Cemetery, Baddeck Forks, Victoria County, N.S. Condolences, memories and photos may be shared and viewed on Sandy’s obituary at www.McInnisandHolloway.com.