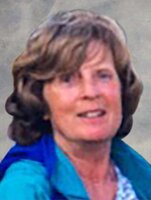 Joan will be missed by her children, Susan Herringer of Calgary, Stewart (Kim) DePass of Millarville, and Kevin (Jacquie) DePass of Calgary; brother-in-law, Tony (Cecille) DePass; five grandchildren; and one great-grandchild. She was predeceased by her parents, Rolland and Hilda McBee, and her son-in-law, Bryan Herringer.

Joan was born August 27, 1934, in High River, AB. She was raised on a ranch, where her love for horses and ranching began. Joan went on to Calgary General Hospital School of Nursing, graduating in 1956. She spent many decades working at the Turner Valley Hospital, and later the Oilfields General Hospital in Black Diamond, AB. Joan loved to garden and tend to her ranch. When she wasn’t working, she was enjoying the outdoors, horseback riding, moving cows, joining cattle drives and sharing her passion with others.

A private memorial will be held for Joan at a later date. Condolences, memories, and photos may be shared and viewed here.

In living memory of Joan DePass, a tree will be planted in the Ann & Sandy Cross Conservation Area by McInnis & Holloway Funeral Homes.