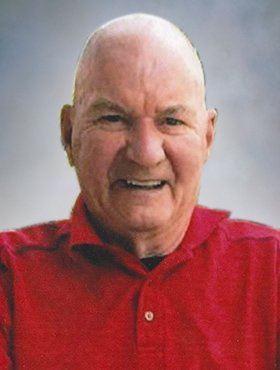 James Sheane, beloved husband of Beverly Sheane (nee Bohn), father to Brett and Susan, papa to Jordynn, of Calgary, AB, passed away on Friday, January 10, 2020 following a brief fight with cancer,  at the age of 86 years.

Jim was born and raised in Winnipeg and married Beverly there on January, 29, 1966. They moved to Edmonton, then back to Winnipeg and finally to Calgary in March, 1974. When he retired, Jim loved working in the garden, on the computer and going to the gym at Trico Centre, where he had many friends and his “Trico family”.

Jim is survived by his wife Beverly, son Brett, daughter Susan and granddaughter Jordynn (Brandon). He is also survived by Bev’s siblings and spouses as well as numerous nieces and nephews. He was predeceased by his two sisters and one brother.

Cremation has taken place. At Jim’s request, there will not be a funeral service.  In lieu of flowers, if friends so desire, memorial tributes may be made directly to the Canadian Cancer Society, Bladder Cancer Research, 200 – 325 Manning Rd. N.E., Calgary, AB T2E 2P5 Telephone: (403) 205-3966, email donorservices@cancer.ab.ca.  Condolences, memories and photos may be shared and viewed on James’ obituary at www.McInnisandHolloway.com.

The family would like to extend their sincere appreciation to the staff at Units 66 and 68 at South Health Campus for the wonderful care he received there.

Services for James SHEANE
There are no events scheduled. You can still show your support by sending flowers directly to the family, or planting a memorial tree in memory of James SHEANE.
Visit the Tribute Store