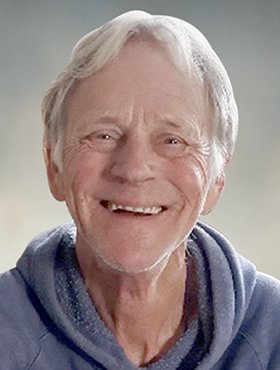 Robert (Bob) Prudhomme of Calgary, AB, passed away peacefully on Sunday, February 2, 2020 at the age of 67 years.

Bob achieved much throughout his life, including becoming an accomplished salesman, a skilled journeyman tile setter and was particularly proud of his golf game, although as he always said “he wouldn’t quit his day job!”

He enjoyed watching his favorite hockey team, the Habs play, working on his golf game and listening to music, most especially the Doobie Brothers. He will be most remembered for his love of life and his grandchildren.

Bob is survived by his son Philippe (Sarah) of Victoria, BC and his daughter Elaine (Shaun) of Cranbrook, BC; and three grandchildren, Avery Quinn, Skylee Germaine and Everley Daney. He is also survived by his sister Susan (Darrell) of Edmonton, AB, his brother Paul (Debra) of Calgary, AB, as well as numerous nieces, nephews, cousins, and friends.

A Celebration of Life will be held at McINNIS & HOLLOWAY (Deerfoot South, 12281 40 Street SE, Calgary, AB) on Friday, February 7, 2020 at 2:00 p.m. Reception to follow in the Hospitality Centre at the Funeral Home. Condolences, memories and photos may be shared and viewed on Robert’s obituary at www.McInnisandHolloway.com.