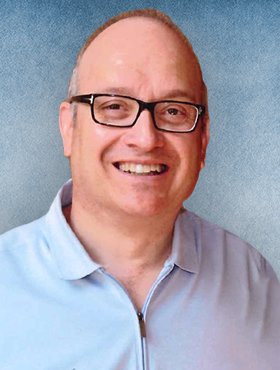 With sadness and immense sorrow, we announce the sudden passing of our beloved Luciano Lupi on Sunday, February 2, 2020 at the age of 55.

Luciano loved his work and was a role-model to his coworkers and well respected in the home-building community. His unconditional love and support along with his positive outlook on life will remain with us forever. Luciano will be remembered for his giving and kind spirit, selflessness, patience, his “dad jokes”, and his dedication to his family and business. Above all, family was the utmost important thing in his life, and he cherished every moment he spent with us. He will be missed by all those who knew him.

Luciano will be forever cherished and never forgotten by his wife Melinda and children, Loriana and Lisa. He will be lovingly remembered by his father and mother, Antonio and Antonia Lupi; and his brothers, Nick (Grace) and Emilio (Coralie). He will be sadly missed by his father and mother-in-law, Gigino and Jacqueline Flaviano; brothers-in-law, Victor Flaviano and Mario (Franca) Flaviano; and sister-in-law Maria Cicirelli, nieces and nephews, Nikki and Daniella Lupi, Isabella, Evelina, and Flora Lupi, Antonio, Robert, and Franco Cicirelli, and Gino and Alessandro Flaviano; as well as his aunts, Rosina (of the late Donato) Paolucci and Addolorata (Michele) Iannelli of Calgary; as well as numerous aunts, uncles and cousins in Calgary and Italy.

Funeral Mass will be celebrated at St. Luke’s Catholic Church (Corner of Northmount Drive & Northland Drive N.W., Calgary, AB) on Monday, February 10, 2020 at 11:00 a.m., a viewing will be held prior to Funeral Mass, starting at 10:00 a.m. Tribute to follow the mass. Graveside Service to follow at Queen’s Park Mausoleum. In lieu of flowers, if friends so desire, memorial tributes may be made directly to the Heart & Stroke Foundation of Alberta, www.heartandstroke.ca. or to Ronald McDonald House Southern Alberta, www.rmhsouthernalberta.org. Condolences, memories and photos may be shared and viewed on Luciano’s obituary at www.McInnisandHolloway.com.

Share Your Memory of
Luciano
Upload Your Memory View All Memories
Be the first to upload a memory!