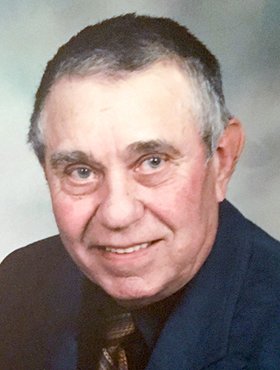 Baltser Schmaltz of Airdrie, formerly of Beiseker, AB, passed away on Tuesday, February 18, 2020 at the age of 100 years.

Baltser accomplished much through his life and was particularly proud to have purchased his farm on top of the hill south of Beiseker. He will be remembered as a kind and gentle soul who loved to laugh.

Funeral Mass will be celebrated at St. Paul’s Catholic Church (1305 Main Street Airdrie, AB) on Tuesday, February 25, 2020 at 1:00 p.m.  Reception to follow in the Church Hall. Condolences, memories and photos may be shared and viewed on Baltser’s obituary at www.McInnisandHolloway.com.

Share Your Memory of
Baltser
Upload Your Memory View All Memories
Be the first to upload a memory!
Share A Memory
Send Flowers