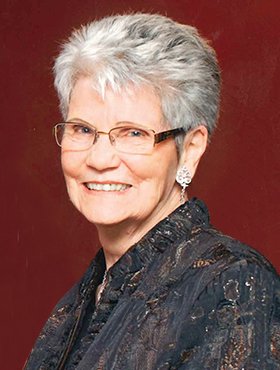 Floreen Arneson was born on a farm at Moreland, Saskatchewan on June 10, 1930.  She took her primary schooling at Red Rose School, and her High School at Milestone, then on to nursing school, graduating as a Registered Nurse from the Regina General Hospital.

Flo faced many health problems, with the first being cancer at the age of 34.

While she was recovering from that surgery, she claimed the Scripture of Psalm 118:17, "I shall not die but live". It really has been a miracle that she lived and died just one month short of her 90th birthday.

She will be greatly missed by her sister Eunice and brother Bob, sister-in-law Darlene,  but we rest in the confidence that she is at real peace and no more pain.  We sorrow but as others that have no hope.

She passed away at the Foothills Hospital on Wednesday, May 13, 2020.

God saw you getting tired,

The cure was not to be.

So He closed His arms around you

And whispered “Come with Me”

You suffered much in silence

Your spirit did not bend

You faced your pain with courage

Until the very end.

You tried so hard to stay with us

Your fight was all in vain.

God took you to His loving home

And freed you from all pain.

Never does a day go by

That we don’t think of you

A lump forms deep within our chests

And tears begin to flow.

So many times we’ve needed you

If love could have saved you

You never would have died.

Share Your Memory of
Florence (Flo)
Upload Your Memory View All Memories
Be the first to upload a memory!
Share A Memory
Send Flowers