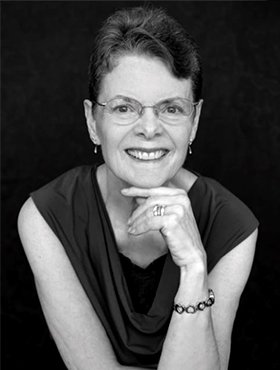 Jacquelyn Shand (Jacquie), beloved spouse of Harvey Kraft, of Calgary, AB, passed away peacefully after a five-year battle with metastatic breast cancer on Sunday, June 7, 2020 at the age of 73 years.

Jacquie was raised in Champion, a small town in Southern Alberta. Following graduation from high school, she moved to Calgary to take on the next phase of her life. Following a year in University, Jacquie was married and started a family. After raising her children, she went into the work force and became known as “The Jacquie of All Trades” wherever she worked. She was great at organizing everything in such a way that when she left, they didn’t know how to manage without her. Her family and her music were the two main ‘loves’ in her life.

Jacquie will be deeply missed by her loving husband Harvey Kraft; incredible daughters, April and Amy Shand; two amazing grandchildren, Jordan and Jake; her ex-husband and good friend, Gary Shand; her brother, and all the relatives who remained close to her through the years. She will be fondly remembered by her ‘musical family’ Revv52 as well as all the musicians and technical folks who helped put together all their shows. And finally all the people whose hearts she touched throughout her life will always think of her as a true friend – someone they could always count on. Jacquie always had a smile and a hug for everyone.

Jacquie was predeceased by her father, mother and infant sister.

Jacquie’s family would like to say a sincere thank you to the incredible staff at the Southwood Hospice where Jacquie was cared for the last twelve days of her life.

Funeral Services will be postponed at this time due to the Covid restrictions and a Celebration of Life will be held when the time is appropriate. Condolences, memories and photos may be shared and viewed on Jacquie’s obituary at www.McInnisandHolloway.com.

Share Your Memory of
Jacquelyn (Jacquie)
Upload Your Memory View All Memories
Be the first to upload a memory!
Share A Memory
Send Flowers