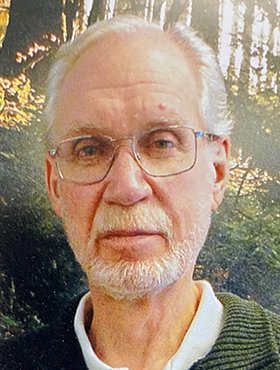 Richard (Rick) Hardisty, beloved husband of Judith Watt, of Calgary, AB, passed away on Monday, August 3, 2020 at the age of 77 years.

Born in Chilliwack, BC, Rick attended Kitsilano High School and graduated from UBC with a B.A. (Honours) in Psychology. He then moved to Ottawa and completed all but the dissertation of Carleton University's Human Learning PhD Program.

Throughout his career in Organizational Development and Change Management, Rick had the pleasure of consulting both on projects in Canada, as well as in Middle East and Africa. He was also active in the community including leadership roles within many organizations such as ASHROD, HRD Canada, the ODNetwork, and ICOD. He was equally proud of his membership in the Metis Nation of Alberta.

Never one to shy from debating any topic, he had an affinity for history, current events, politics, architecture and design. With a rich family heritage, Rick developed a passion for discovering his own roots and ancestry and continued to research it throughout his life.

Even in his final days, his 'announcer voice' was strong and brought a smile to those around him. Ultimately, he will be most remembered for his intellect, clever sense of humour, his directness – and, of course his pipe, which was never far from reach.

Rick is survived by his loving wife Judith, son Sam Hardisty of Calgary, AB, and daughter Megan Hardisty of Toronto, ON;

Condolences, memories and photos may be shared and viewed on Rick’s obituary at www.McInnisandHolloway.com.

Share Your Memory of
Richard (Rick)
Upload Your Memory View All Memories
Be the first to upload a memory!
Share A Memory
Send Flowers