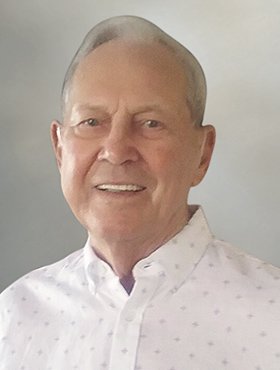 With his wife of 63 years at his side, Stefan (Clare) Clarence Bildfell passed away at home on September 27, 2020 at the age of 87 years after a brave eighteen-month struggle with liver cancer.

The second youngest of ten children, he was born on the family farm in Foam Lake, Saskatchewan on February 21, 1933. His Icelandic heritage was a source of pride throughout his life. He began his business career with Household Finance in 1955 and married Lona Alldred on August 3, 1957. They moved throughout Western Canada during their early years, settling in Calgary in 1962 where they remained and raised their family. His business career included owning his own mortgage brokerage and being a partner in an oilfield technology company. Clare was a man of integrity and principled businessman and this was reflected in his decade’s long involvement with the Rotary Club of Calgary West. Clare’s hobbies included, reading, golfing, dancing, lawn bowling and long walks with his wife. A life long learner, he continually sought knowledge and stayed apprised of current events. He was also known to author Letters-to-the-Editor whenever he felt a particular issue required his opinion; which was often.

The family would like to thank Dr. Francis Sutherland, Dr. Mark Vacy-Lyle, and Home and Palliative Care for their support and care during the last months and difficult last days of his life. A memorial service will be held at a later date when we can all safely gather to celebrate his life. Condolences, memories and photos may be shared and viewed on Clare’s obituary at www.McInnisandHolloway.com.

Share Your Memory of
Stefan (Clare)
Upload Your Memory View All Memories
Be the first to upload a memory!
Share A Memory
Send Flowers