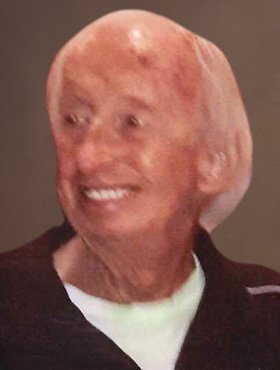 We bid a heartfelt goodbye to a much loved brother, and dear friend, Frank Jordison of Calgary, AB, on Wednesday, October 14, 2020 at the age of 79 years.

Born to Florence and Bob Jordison, September 14, 1941, Frank lived his life true to an inner compass of his own choosing.  An avid sportsman in his younger years, he honed his skill with a pool cue in later years and spent many hours “racking them up” on the pool table in his home.

Despite his auditory challenges he could dance with the best of them.  He had the heart of a romantic and loved the blues.  You could find him many evenings in his favorite haunts, both in Calgary, AB and California, USA, tapping his toes and sipping on a cold one, content with his own company but friendly and inclusive to all.

You’ve probably never heard of it, but Frank was the proud President of the Loyal Order of Beavers.  For fifty years, this group of like-minded, fun-loving guys played everything from flag football to senior’s hockey.  They hosted lavish dinners, cooked by their wives and girlfriends, participated in several stage productions of their own creation and generally enjoyed the camaraderie of true friends.

Due to special circumstances this year, a Celebration of Life will be held in the spring.  If friends so desire, in lieu of flowers, memorial donations can be made directly to AARCS Alberta Animal Rescue Crew Society, www.aarcs.ca  Telephone: (403) 250-7377.  Condolences, memories and photos may be shared and viewed on Frank’s obituary at www.McInnisandHolloway.com.

If friends so desire, in lieu of flowers, memorial donations can be made directly to AARCS Alberta Animal Rescue Crew Society, www.aarcs.ca Telephone: (403) 250-7377.