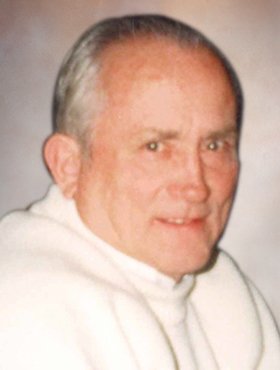 John Schaffer, beloved father of Tremayne Schaffer, of Calgary, Alberta, passed away on Friday, October 16, 2020 at the age of 88 years.

John was born in Regina, Saskatchewan, on December 22, 1931.
He resided in Calgary for most of his life. John accomplished much in his life and was particularly proud of being a successful business owner, sports enthusiast, but most of all, a compassionate individual.

John enjoyed all sports; as a young man John had a passion for hockey. He would play hockey from dusk until dawn, forcing his parents to drag him inside from the frigid Regina weather. Later in life John developed a passion for bowling and golf which he regretted not participating in until later in life.

John’s most memorable times were his golf trips to Arizona and spending an entire Sunday watching sports from sunup to sundown, with no words spoken. John’s favourite music was from country singer Vince Gill, particularly the album “Pocket Full of Gold”.

He will be most remembered for his quiet manner, and generous and patient nature. Anyone could reach out to John for help at any time, for any reason… John was always there.

A Celebration of John’s Life will be held at McINNIS & HOLLOWAY (Crowfoot, 82 Crowfoot Circle NW, Calgary, AB), on Friday, October 23, 2020 at 10:30 a.m. Condolences, memories and photos may be shared and viewed on John’s obituary at www.McInnisandHolloway.com.