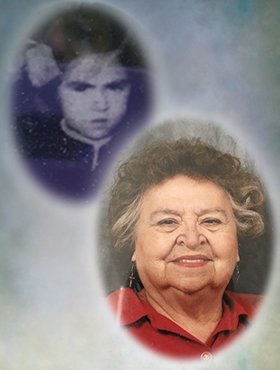 Alexandra Lilley, beloved wife of the Late David Lilley, of Calgary, AB passed away on Saturday, October 24, 2020 at the age of 95 years.

Alexandra was born in St. Francis Xavier, MB on September 4, 1925. She lived at Colonel Belcher from November 2019 until her passing.

Funeral Services will be held at McINNIS & HOLLOWAY (Chapel of the Bells, 2720 Centre Street North, Calgary, AB), on Friday, October 30, 2020 at 10:00 a.m. Graveside Service to follow at Queen’s Park Cemetery.  Reception to follow at The Legion #284 (606-38 Ave NE, Calgary, AB). Condolences, memories and photos may be shared and viewed on Alexandra’s obituary at www.McInnisandHolloway.com.

The family would like to thank the staff at Colonel Belcher, Foothills Medical Centre and McInnis & Holloway for her care.

Share Your Memory of
Alexandra
Upload Your Memory View All Memories
Be the first to upload a memory!
Share A Memory
Send Flowers