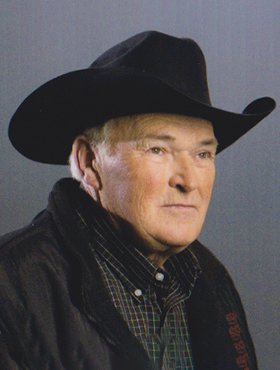 It is with great sadness that we announce the passing of Chuck Groeneveld, of Calgary, AB, on Friday, October 30, 2020 at the age of 83 years.

Chuck may have left school at the age of fourteen to help on the family farm, but he was wise beyond his years. He spent a lifetime giving to organizations that have shaped the livestock industry. Cattle have always been apart of his life, starting with Herefords on the family’s homestead along the Bow River. In the late 1960’s, Simmental cattle were introduced to their herd and Highwood Land and Cattle was formed.

Cattle would take Chuck across the country and around the world. He exhibited at all the major shows across Canada and judged at many local and national shows. He believed in giving back and gave his time to many organizations including 4-H, Alberta Beef Producers, Calgary Stampede, Canadian Cattlemen’s Association, and the Alberta and Canadian Simmental Associations. He was a mentor to many young people and always had time for a visit and some “advice”. Chuck was inducted into the Canadian Simmental Hall of Fame in 2011 and received the Western Legacy Award from the Calgary Stampede in 2015.

As much as Chuck loved promoting beef and teaching others where our food comes from, he loved being around people more. He would take time to visit with everyone. His sense of humor, kindness to all, love of animals, and smile were his trademarks. The place that will always be home to him will be the ranch on the Highwood River in the Gladys Ridge district. He resided there until he moved to Okotoks two years ago.

Chuck was predeceased by his parents, John and Daisy; sister Joan, sister-in-law Ruth; and nieces, Linsey and Suellen.

A Private Celebration of Chuck’s Life will be held at a later date. Condolences, memories and photos may be shared and viewed on Chuck’s obituary at www.McInnisandHolloway.com.

Share Your Memory of
Charles (Chuck)
Upload Your Memory View All Memories
Be the first to upload a memory!
Share A Memory
Send Flowers