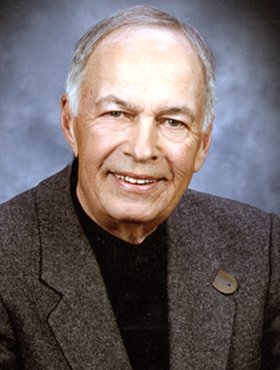 Terry passed into eternity in his 75th year. He was predeceased by his parents, Sofia Alice and John and is survived by his beloved wife of fifty-four years, Shirley; daughter, Laura; sister, Eileen; and two brothers David (Grace) and John (Judy).

A country boy, Terry grew up in rural Saskatchewan near Wakaw. Inspired by his uncle Bill and encouraged by his parents, he pursued his education earning three university degrees including a doctorate (PhD) in psychology from the University of Manitoba. In the role of a psychologist, Terry served as an Air Force Officer. Following a military career which spanned thirty-three years, he retired in the rank of Colonel from the position as Chief Psychologist of the Canadian Forces.

Relocating from Ottawa to Calgary in 1995, Terry pursued a second career teaching university. He was appointed Adjunct Professor of Psychology at the University of Calgary where he taught psychology courses until 2010. He also gained a position as an Assistant Professor in the Faculty of Management at the Calgary Campus of the University of Lethbridge where he taught courses in human resource management and organizational behaviour until 2015. Terry enjoyed teaching. During this time, he instructed over 160 classes and touched the lives of over 7000 students.

Combining his passions for both landscape photography and what he referred to as “the magnificence of God’s work”, he and Shirley visited and hiked over fifty National Parks and National Monuments across Canada and the United States. And given his lifelong belief in the Lord and his son Jesus, during the latter part of life Terry engaged in deeper spiritual growth from which he concluded that death is not an end to existence but a transition of one’s consciousness into an eternal state of being

Terry loved life, tried to live it to the fullest, and shared it with those he cherished.

A Celebration of Terry’s Life will be held by invitation only due to Covid restrictions at McINNIS & HOLLOWAY (Park Memorial, 5008 Elbow Drive SW, Calgary, AB) on Monday, November 23, 2020 at 2:00 p.m. A recording of the service will be available to view the following day on Terry’s online obituary. Condolences, memories and photos may also be shared and viewed on Terry’s obituary at www.McInnisandHolloway.com.