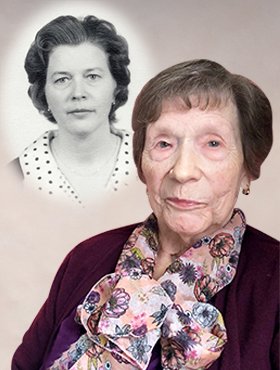 Stefania Palmic of Calgary, Alberta, passed away on Wednesday, November 18, 2020 at the age of 92 years.

Stefania was very creative and enjoyed gardening, sewing, knitting, and baking.  She was famously known for her “crostata.”  She was a petite lady with a true sense of fashion.  Stefania may have been petite, but she had a strong character.  Growing up during the Great Depression and World War II, transformed her into a determined, independent woman.

Stefania was fluent in several languages, including English, Italian, Slovenian, and Croatian.  She enjoyed exchanging cards and letters with people all over the world.

Stefania will be missed by her family and friends in Canada, Italy, France, Sweden, Slovenia, and Croatia.  Stefania was predeceased by her husband, Joseph Aurelia Palmic.

Funeral Mass will be celebrated privately at St. James Catholic Church.  Stefania will be laid to rest with her loving husband at Queen’s Park Mausoleum. Condolences, memories and photos may be shared and viewed on Stefania’s obituary at www.McInnisandHolloway.com.

The family would like to thank Dr. Adina for her exceptional care of Stefania, especially during her final weeks.  The staff of Park Place Unit at Chinook Care Centre went out of their way to make Stefania feel at home, and treated her with the utmost love and care. They are all sincerely appreciated.

Share Your Memory of
Stefania
Upload Your Memory View All Memories
Be the first to upload a memory!
Share A Memory
Send Flowers