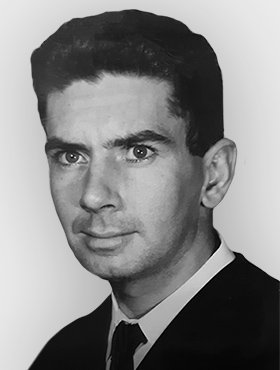 Ron was born on April 24, 1933 in Calgary, AB to Rosamond and Maurice Tebo. He attended William Aberhard High School and then went on to received his bachelor’s and then masters of education from the University of Calgary. Ron married Mary Mycyk on August 15, 1970 and they enjoyed fifty years of loving friendship and adventures. He was active in ATA and worked diligently to improve workers’ conditions. Ron was a dedicated and proud teacher. He taught English at Henry Wisewood High School, Bowness High School and was Department Head of English at Lord Beaverbrook High School. Ron persued his interest in welding and later received his journeyman’s papers from SAIT. He was department head of technical education at Jack James High School. Ron retired in 1995 from E.P. Scarlett High School. He was an admired teacher and colleague.

He and his wife Mary canoed the North Saskatchewan River on a ten day journey and the Red Deer River on shorter excursions. Many of his Bowness students remember the Canoe trips that Ron and the Bowness High School staff organized. During his retirement, Ron spent time restoring his 1960 Sunbeam Alpine convertible, “real cutie” according to his wife.

Ron is survived by his brother and sister-in-law, Hugh and Lynda, sister Jocelyn Psikla; nieces and nephews, Michelle, Ron, Mike and Kathy, Jocelyn and their families. He was predeceased by his parents, Rosamond and Maurice Tebo, and sister Janet Koper.

Condolences, memories and photos may be shared and viewed on Ron’s obituary at www.McInnisandHolloway.com.

Share Your Memory of
Maurice (Ron)
Upload Your Memory View All Memories
Be the first to upload a memory!
Share A Memory
Send Flowers