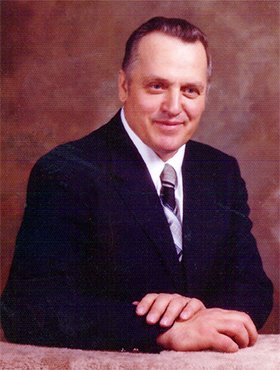 Wilfred’s greatest passions were his family and the pursuit of knowledge. His love of religion, history and science particularly physics was evident in his conversations with others and by his large collection of books. He valued education and loved sharing his knowledge with his friends and family. He was a gentle, loving man who lived his life with humility and kindness. We will miss his big heart and big laugh.

The family would like to thank the staff at AgeCare Seton for their loving care and attention to Wilfred.

A graveside Service has been held at Queen’s Park Cemetery.

Condolences, memories and photos may be shared and viewed on Wilfred’s obituary at www.McInnisandHolloway.com.

Share Your Memory of
Wilfred
Upload Your Memory View All Memories
Be the first to upload a memory!
Share A Memory
Send Flowers