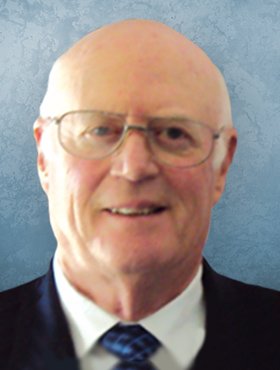 On Tuesday, December 29, 2020, Doug Payne, loving father and grandfather, passed away peacefully at the age of 85.

Doug grew up in the BC Interior. He received his pharmacy degree from Washington State University in 1965. He worked in New Mexico and Vancouver, but practiced most of his career in Dawson Creek, BC. Doug was the owner of the Clinic Drug Store for twenty-nine years. In 2001, he retired and moved with his wife Doreen to Courtney, BC. In 2018, he moved to Calgary to be closer to his grandchildren and lived in Fish Creek Manor.

Doug was a member of the Rotary Club in Dawson Creek. In retirement, he enjoyed being a member of the Probus Club in Courtenay where he was active in the hiking and history groups.

Doug will be truly missed by his children, Bryan (Jennifer), Kevin (Janine); his five grandchildren, Jacob, Ben, Daniel, Marlowe and Dawson. Doug is also survived by his brother Gordon and nephew Jeremy of Hornby Island, BC.

Doug was predeceased by his wife Doreen. They were married in 1969 and shared forty-three years of marriage.

Condolences, memories and photos may be shared and viewed on Doug’s obituary at www.McInnisandHolloway.com.

Share Your Memory of
Douglas (Doug)
Upload Your Memory View All Memories
Be the first to upload a memory!
Share A Memory
Send Flowers