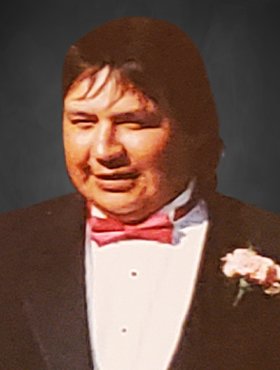 We announce the passing of our beloved cowboy, who rode his last trail home on Sunday, January 3, 2021, at the age of 61.

Hubert accomplished various certifications: addiction counselling in NECHI training, firefighter, seismic worker, and logger. He had an enthusiasm for teaching others, and he always reminded others it's never too late to learn. During his self-care, he enjoyed literature and geography. Growing up with him never had a dull moment. He valued his traditional Stoney way of life.

Share Your Memory of
Hubert
Upload Your Memory View All Memories
Be the first to upload a memory!
Share A Memory
Send Flowers