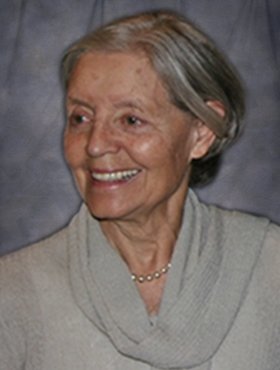 After a life well lived, Shirley Jean Watson passed away peacefully on Sunday, January 3, 2021 at 91 years of age. A beloved mother, grandmother, great-grandmother and dear friend to many.

Shirley’s life journey began in Didsbury, AB, the daughter of Annie Laurie (Baker) and Herbert Liesemer, and younger sister to Stewart. At a very young age, she developed a love of music and the piano, being first taught by her father. She took part in several festivals and singing groups over the years and after moving to Calgary, played the pipe organ for a local church and the piano for the Murdoch School of Dance.

Shirley was an accomplished skier and was an inspiration to her family as she skied into her late seventies, often helping her grandchildren on the slopes. She also loved a good horseback ride - and for over twenty-five years, she and a group of women friends took an annual pack trip into the mountains.

Shirley was an active member of the Big Sisters of Calgary, PEO (a philanthropic organization of women helping women advance their education through grants and awards) and played with Piano Workshop (a group of fellow piano enthusiasts). She was a long time member of Riverview United Church, singing in the choir and leading the children’s choir in the late 60’s.

As her children were close to completing their post-secondary educations, in the late 70’s, Shirley enrolled at the University of Calgary and graduated in 1983 with a Bachelor of Fine Arts degree. Then began a long, fulfilling chapter as an accomplished and admired artist. She was known for her ability to capture the ever-changing moods of the prairie landscape.  Using her intuition and expression, her goal was, "to capture on canvas the feelings of openness, expansiveness, solitude and freedom".  Her works were shown in over forty shows and exhibitions, and many of her paintings grace private homes and corporate collections. Throughout her life, Shirley was happiest when expressing herself through her creativity and her art.

Mom will be deeply missed and forever remembered for her kindness, her gentle spirit and her grace.

The family would like to thank all of the staff at Amica Britannia for the care and comfort they provided her throughout the past four years. The commitment and untiring dedication that the nurses, caregivers and staff showed during this past year under very difficult conditions was commendable and greatly appreciated.

Condolences, memories and photos may be shared and viewed on Shirley’s obituary at www.McInnisandHolloway.com. In living memory of Shirley Watson, a tree will be planted in the Ann & Sandy Cross Conservation Area.