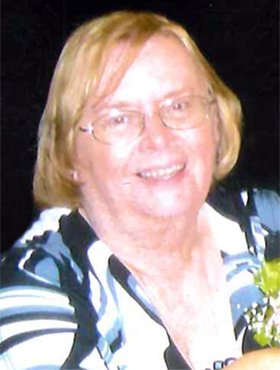 Anna graduated from Nursing School in Manitoba in 1957 and worked in different capacities within the nursing profession throughout her career.  She married Norman Pickersgill in 1959.  As Norman was in the military, they frequently moved and lived in many countries.  They eventually moved back to Canada, where they lived in Ontario for many, many years.  When Norman retired, they moved to Alberta, where Anna made her home for forty-years.

Anna was predeceased by her husband Norman, her brothers, Norman Giesbrecht and Lawrence Giesbrecht; and her sister Doreen Bryan.

A celebration of life will be held at a later date.  If friends so desire, in lieu of flowers, memorial donations may be made directly to a charity of your choice.  Condolences, memories and photos may be shared and viewed on Anna’s obituary at www.McInnisandHolloway.com.

Share Your Memory of
Anna
Upload Your Memory View All Memories
Be the first to upload a memory!
Share A Memory
Send Flowers