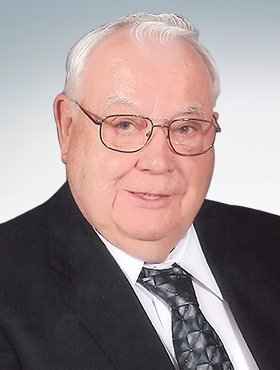 It is with great sadness that we announce the passing of Alexander (Alex) Kipta on January 17, 2021. During his 86 years Alex was a kind and loving son, husband, father, grandfather, brother, uncle and friend.

Alex was born July 17, 1934, at Arena, SK, in the midst of the Great Depression. In the fall of 1940, his family relocated to the hamlet of Rolling Hills in the Eastern Irrigation District of southeastern Alberta. Alex fondly remembered his childhood in Rolling Hills. Winters were spent playing hockey, although with no equipment and on uneven ice. He enjoyed swimming in irrigation ditches and catching gophers in summer, and attending community dances and listening to the sounds of his uncles’ band. Alex also loved the traditional dishes his grandmother and aunties made in his youth, including “shitski” (fried bread dough of Slovak origin) and Finnan Haddie (fish in milk). Alex’s strong work ethic was developed at a young age stacking bales and picking potatoes for three cents a sack. He later pumped and delivered gas and helped in his dad’s garage. He enjoyed mechanical tinkering, like his dad, and learned his mechanical skills by his father’s side. Alex attended the small Rolling Hills School. He enjoyed telling stories about the pranks he apparently witnessed (with no involvement), which involved moving outhouses and putting gophers in teachers’ desks. His formal schooling ended at grade nine. He later became a certified tradesman in auto mechanics and then took training to become an electro-mechanic to specialize in light rail vehicles (C trains). Alex came to Calgary in 1956, with a few dollars in his pocket. He slept in his car sometimes when money was tight. He eventually got a job as a mechanic at Universal Sales and Service. In 1967, he found work with the City of Calgary in Mechanical Services. He later moved to Calgary Transit (repairing and fixing buses and then eventually C trains). He was on the team that wired the first C trains in Calgary. He retired after 26 years of service in 1994. He was much loved and admired by many co-workers. In 2018, he was proud to be honored as a 50-year member of the Amalgamated Transit Union Local 583.

Alex met Katie, the love of his life, in Calgary and the two were married on May 21, 1960, at St. Mary’s Cathedral. Alex and Katie marked their 60th wedding anniversary in 2020, which is a strong testament to their love for one another. Alex was a devoted father, attending all his children’s sports, concerts, recitals and other events. He took the family RVing and fishing, and developed a fondness for camping at Radium Hot Springs. For over 30 years, the family made an annual trip to Whitefish, Montana. Alex especially enjoyed this time with his family. He also enjoyed the scenery, small towns and back roads along the way. Alex made quite a few trips over the years to revisit Rolling Hills and catch up with relatives and friends. He especially enjoyed Christmas with all his siblings and relatives at his parent’s place in Calgary.

Alex said his greatest accomplishment was being a grandpa and that experience fundamentally changed him in many profound ways. He loved, overprotected, and spoiled Raelene from the day she was born. He sang and played with her, pushed her on swings, took her to the park and for ice cream. He immensely enjoyed going to all of her school concerts, dance recitals and ball games. He also enjoyed card playing, fishing, watching curling (he curled himself when younger), going out for dinner with family, and listening to Wilf Carter, Don Messer and Rita MacNeil.  He was an avid gardener who could grow just about anything from seed, and was well known for his tomato plants and beautiful flowers. His determined work ethic persisted throughout his life. He was still cutting hedges (by hand) and mowing grass at the age of 85.

Alex’s friendly and generous nature made it easy for him to meet people and make friends. He was always willing to lend a hand to help his siblings, friends, relatives, or strangers. Even in his final weeks in hospice, his sincere appreciation for his caregivers was expressed often.

Thank you to the compassionate staff at Home Care, Southwood Hospice, and South Health Campus for making Alex’s passing from this world to the next as easy as possible.

“I am sure Alex is tending a garden right now in a place where the sun shines, the rain comes gently, and it never hails.  I’m also sure he is talking up a storm.”- D. Stonehouse

Alex is survived by his loving wife Katie (Vastag), son Leonard (Anita), daughter Donna, and granddaughter Raelene. He is also survived by his caring siblings, Helen, Josephine, Sophie, Marion, Elsie and Mike; his Aunt Elsie; and numerous cousins, nieces and nephews. Alex was predeceased by his parents, Mike and Mary Kipta, brother Louis Kipta, and many other dear relatives and friends.

A Celebration of Alex’s Life will be held at McInnis & Holloway (Park Memorial, 5008 Elbow Drive SW, Calgary, AB) on Saturday, August 27, 2022 at 2:00 p.m. Reception to follow in the Hospitality Centre at the Funeral Home. Condolences, memories and photos may be shared and viewed here. If friends so desire, memorial donations in Alex’s name may be made to Wellspring Calgary, https://wellspringcalgary.ca/ or another charity of your choice.

Share Your Memory of
Alexander
Upload Your Memory View All Memories
Be the first to upload a memory!
Share A Memory