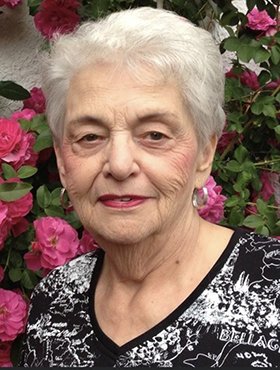 It is with broken hearts we announce the passing of our dear mother, Dorina Stech of Calgary, AB, on Tuesday, January 26, 2021 at the age of 83 years.

Dorina came to Calgary to go to school and shortly after, met and married Harry in 1959. Dorina and Harry enjoyed many years of camping with family and friends; and travelling to Phoenix and casinos. Mom could do anything she set her mind to; she just had to want to do it. Her favourite saying was “we could do just about anything”. She will be most remembered for her love of family, strength, tenacity, fabulous cooking, artistic talents and organizational skills.

Dorina is survived by her daughters, Brenda, and Michele (Daryel) and son Richard (Kathy); along with her grandchildren, Madison, Alexa (Paul), Harrison, Stephen and Garrett. Dorina is also survived by her brother Mario (Lynne) Miglierina and her brother-in-law Mike (Barb) Stech; as well as numerous nephews and nieces-in-law. Dorina was predeceased by her husband Harry in 2012.

A private family service will be held. Condolences, memories and photos may be shared and viewed on Dorina’s obituary at www.McInnisandHolloway.com.

Share Your Memory of
Dorina
Upload Your Memory View All Memories
Be the first to upload a memory!
Share A Memory
Send Flowers