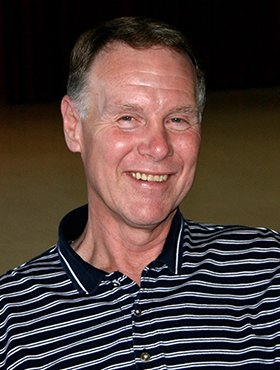 It is with great sadness that we announce the sudden passing of Raymond “Ray” Trowbridge at home in Calgary, AB, Wednesday, January 27, 2021 at the age of 73 years. Ray passed away peacefully in his sleep.

Ray was born in Hamilton, ON but grew up in Sudbury. At seventeen he moved to Windsor where he met his wife Darlene. They married in 1970 and moved to Brandon, MB where Ray went to the University of Brandon and received a Bachelor of Arts degree in History. In 1980 he moved to Lloydminster for a job at Husky Oil. He was then transferred to Calgary in 1982.

Ray had many passions. He loved camping with the family (going swimming, playing catch, and the hours spent beside a campfire), he lived for watching baseball and was able to travel to many stadiums in the US. He enjoyed spending time playing games with his family every weekend and loved being a snowbird spending time in Florida, going to the beach and going to baseball games. His grandchildren remember going to the zoo every weekend when they were young to play at the park and have ice cream.

Ray is survived by his children, Gary Trowbridge, Wendy (Trevor) Richelhof and Karen Gall; Darlene Trowbridge, who was his best friend for fifty years, four grandchildren that he loved with all of his heart, Tyler and Austin Trowbridge and Haley and Cameron Gall; as well as Maggie Deptuck, who he always thought of as his third daughter. He is also survived by his three sisters, Jackie (Dennis) Matsui, Connie (Robert) LaFonde, Joanne (Roy) Clarke; and many nieces and nephews.

“Gone from our sight, but never from our memories.

Gone from our touch, but never our hearts”

A Private Family Gathering will be held to spread Ray’s ashes. Condolences, memories and photos may be shared and viewed on Ray’s obituary at www.McInnisandHolloway.com.

Share Your Memory of
Raymond
Upload Your Memory View All Memories
Be the first to upload a memory!
Share A Memory
Send Flowers