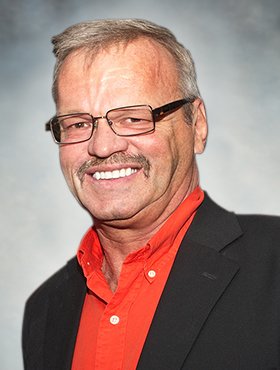 It is with great sorrow we announce the passing of our dear son, uncle, and friend, Douglas (Doug) Gerald Hauser of Calgary, AB, who passed away on Sunday, February 28, 2021 at the age of 67 years.

Doug was born in Daysland, AB on July 12, 1953, and was raised in the nearby village of Rosalind, AB.  Doug attended Red Deer College in 1971, and in 1973 was in Red Deer’s first graduating class of Rehabilitation Practitioners.  He went on to obtain further education in Rehabilitation Administration at the McLaren School of Business in San Francisco.

Doug started his career at the Michener Centre in Red Deer, assisting institutionalized persons with developmental disabilities.  In 1985, Doug recognized the need for community integration of disabled individuals, and Doug’s dream of Universal Rehabilitation Service Agency (URSA) became a reality.   With Doug’s vision, URSA was instrumental in bringing the first thirty individuals from the only institution in Calgary to the community.  At the time, it was believed people with profound disabilities would not survive in a community setting.  All of that changed when URSA opened its doors.

Doug was a trailblazer for services for individuals with developmental disabilities and brain injury survivors. He was forever an innovator, and saw a need for rehabilitation in Calgary, so Doug developed Easy Street.  Easy Street is a life-sized replica of a city street complete with shops, vehicles, and a bank.  The purpose is to offer a community-based environment for assessment and a safe place for brain injury survivors to re-learn skills they may have lost after their brain injury.

URSA continued its mandate and expanded both residential and in-home support services to people most in need of support.  Doug had a dream to provide an affordable and accessible recreation opportunity for people with disabilities. Through his hard work and dedication, the URSA Retreat Centre was opened in 2009 and is still operating.  Doug is applauded for his hard work and dedication to better serve children and adults with disabilities for the last 47 years.

Aside from his work, Doug had a tremendous passion for travel, cooking, spending time in nature, playing crib and cards, and entertaining.  Doug particularly enjoyed his time at his properties in Sundre, AB, Victoria, BC, and Palm Springs, California.  Doug’s dry sense of humor, charisma, love of a good joke, and quick wit will never be forgotten.  Doug will forever be remembered as, ‘the good looking one in the family.’  We will miss his stories and laughter most of all.

A Private Funeral Service will be held, March 12, 2021 at 2:00 p.m. Family and friends are invited to join Mr. Hauser’s service streamed live (see below) on the day of the service. Condolences, memories and photos can also be shared and viewed here.

Share Your Memory of
Douglas
Upload Your Memory View All Memories
Be the first to upload a memory!
Share A Memory
Send Flowers