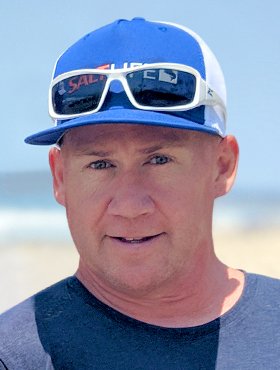 Jason Linkletter of Calgary, AB, passed away on Friday, March 26, 2021, at the age of 50 years, after three challenging months of battling with cancer.

Jason went to high school at Western in Calgary. His love for sports was apparent at an early age. He went on to play hockey in the Saskatchewan Junior league and then played for SAIT while in college. Jason went on to pursue a successful career in sales. His drive and athleticism were passed on to his three children, Jalyn, Rory and Carter - all three competing at elite levels of their chosen sports. Jalyn, a competitive cheerleader and now a coach, competed at the world championships and cheered for the Cards at the University of Louisville in Kentucky. Rory is a professional runner, competing at an international level, and was recently a member of Team Canada at the Pan Am games in Peru. Carter, at sixteen, is an exceptional lacrosse player, and was recently a top draft pick into the Alberta Junior League. Jason was incredibly proud of all three, and was blessed with the news of a future grandson. Rory and his wife Jill are expecting their first child in July to continue the legacy.

Jason’s mother, Linda Linkletter, was his biggest supporter and fan, spending endless hours at hockey rinks encouraging her son’s dreams. Linda lost her battle with Scleroderma in December of 1999. Jason’s uncle Doug was ever present in his life and every bit a father to him. Doug Linkletter was Jason’s constant champion, in the good times and at his bedside until the end.

Jason is also survived by his uncle Dale Linkletter; step-aunt and Doug's wife, Pamela Burke and daughter Jessica; ex-spouses and mothers of his children, Tara Thompson of Utah, and Michelle Linkletter who continued to be a positive force in his life. Being an only child, Jason’s cousins, Karen Linkletter and Alison Mair, were very much his sister figures.

Jason’s sarcasm and quick wit kept his family, friends and carers laughing until the very end. He made an impression on everyone he met for his kindness and optimism, humour and humility.

Our family would like to thank the nursing and medical staff on unit 74 at the Rockyview General Hospital. You went above and beyond to make Jason’s final months the best they could be. You became family to him and for that, we are eternally grateful.

A Private Celebration of Jason’s Life will be held at a later date.

Condolences, memories and photos may be shared and viewed on Jason’s obituary at www.McInnisandHolloway.com.