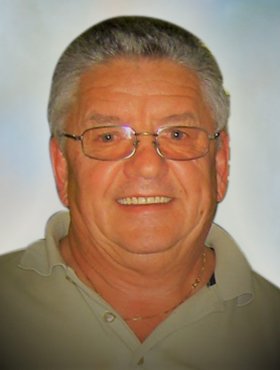 Don Auramenko of Calgary, AB, passed away peacefully, surrounded by his family, on Monday, April 5, 2021 at the age of 76 years after a tough battle with cancer.

Born in Preeceville, SK, Don moved to Regina where he met and later married his wife Helen. They moved to Calgary in 1968, had two sons and enjoyed fifty-two years of marriage. During his life, Don worked hard through a variety of careers. The job that spawned the most interesting stories had to be debt collections. (He said he knew every road and field in Saskatchewan). He also was a bank manager, represented Zenith, and was a building manager at Pinebrook. His favourite job by far was being his own boss in construction.

After “retiring” in 1994, both he and Helen found jobs with Princess Cruise Lines. They went on to enjoy ten plus years travelling the world. Some of their most memorable trips included the Mediterranean (especially the Amalfi Coast), Australia and New Zealand. He loved the beaches, walking and meeting people. Every port was a new adventure.

Besides his loving wife Helen, he is survived by his sons, Chad (Leah) and Darren (Shawnna), and his grandson Joel.  He will be fondly remembered by his sisters, Lil (Walt), Judy (John), and Jeanette (Gordon), his brother Art as well as many cousins, nephews, nieces, neighbours and friends.

Don was predeceased by his parents, Dan and Mary, sister Anna and nephew Jason.

A Private Funeral Service will be held on Monday, April 12, 2021 at 2:00 p.m. Family and friends are invited to join Mr. Auramenko’s service streamed live (see below) on the day of the service. For those who are unable to view live, a recording of the service will be posted. Condolences, memories and photos can also be shared and viewed here. If friends so desire, memorial tributes may be made directly to Hospice Calgary, 1245 – 70th Avenue S.E., Calgary, AB  T2H 2X8, Telephone: (403) 263-4525, www.hospicecalgary.com.

The family would like to express gratitude to the Palliative Care team, particularly Lisa, Terri and Lily, who made Don’s last days as comfortable and stress-free as possible.

Helen would like to thank you all for your kind thoughts, words and actions. Special thanks to Chad, Leah and Darren who have been incredible helping her with arrangements.

Share Your Memory of
Donald
Upload Your Memory View All Memories
Be the first to upload a memory!