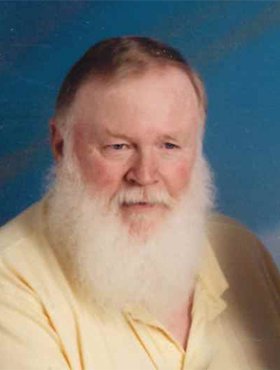 Lea Wooley, beloved husband of Dianna Lynne Wooley (nee Foulds), of Calgary, AB, passed away on Friday, April 30, 2021 at the age of 81 years.

Lea “Red” was born in Calgary, AB, at the Calgary General Hospital on August 9, 1939.  He and his parents lived in Calgary, then moved to Medicine Hat while his father served in the army during WW II.  After the war, the family moved to a farm close to Larkspur.  Lea attended a one-room schoolhouse that was close to their farm.  In 1957, the farm was sold and the family moved into Westlock.  Lea learned how to drive a truck from his father.  Before moving back to Calgary, he drove for a variety of companies in and around Westlock.

While in Calgary, in May of 1967, he met Dianna. Following their engagement, Lea began driving for Consolidated Concrete (later know as Inland Concrete).  Lea and Dianna were married in Calgary on May 4, 1968.  Sadly, Lea passed away four days short of their 53rd wedding anniversary.

Lea (known as “Big Red” to his fellow drivers) retired from Inland Concrete on August 30th, 1999.

Lea enjoyed hunting, camping, and going to Tim Horton's with his sons for coffee.

Besides his loving wife, Lea is survived by his son David Wooley, his two grandchildren, Spencer Harris and Alexandrea Wooley-Rochon, great-grandchild Elijah Wooley-Rochon and sisters, Jo-Anne MacDonald and Pat Foulds.  He is also survived by a niece Erin, a nephew Ben; and many cousins.

A Private Funeral Service will be held, on Thursday, May 6, 2021 at Queen’s Park Cemetery.

Share Your Memory of
Lealand “Lea”
Upload Your Memory View All Memories
Be the first to upload a memory!