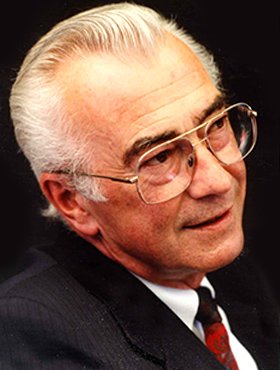 Ken was born in Calgary, AB, on March 9, 1938. He graduated from Western Canada High School and, while working evenings and raising a young family with Mom, obtained a degree as a Chartered Professional Accountant. Ken accomplished much through his life including raising three children of whom he was very proud, becoming a leader in the automobile industry in Calgary and creating many lasting and meaningful friendships. Ken had a passion for the Calgary Stampeders, listening to music, bird watching and staying on top of local and international news. Ken enjoyed travelling the world with Mom including trips to Costa Rica, Portugal, England and eastern Canada and the US. Ken will be remembered most for his quick wit, kindness, compassion and strong and lasting friendships.

Funeral Services will be held at McInnis & Holloway (Park Memorial, 5008 Elbow Drive SW, Calgary, AB) on Friday, July 16, 2021 at 10:00 a.m. Reception to follow in the Hospitality Centre at the Funeral Home. Condolences, memories and photos may be shared and viewed on Kenneth’s obituary at www.McInnisandHolloway.com.

To follow in the Hospitality Centre at the Funeral Home