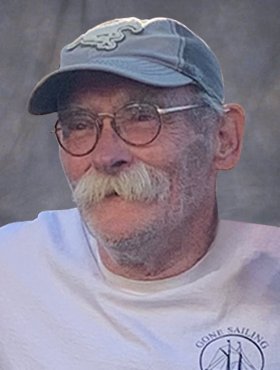 Danny Stephens, beloved father, brother and uncle, passed away on Monday, July 19, 2021 at the age of 67 years.

Danny was born in Calgary, Alberta, Canada on May 15th, 1954 and moved to Lethbridge, Alberta, Canada in 1966. Growing up Danny spent most his childhood in both those cities playing hockey as a goalie, fishing on the Old Man River with his father Howie, going to Calgary Stampeder games as part of the youth program and cheering on his two favourite sports teams the Boston Bruins and Atlanta Falcons. Danny moved back to Calgary to live with his grandma, Helga Peterson, who lived close to SAIT allowing him to attain his Red Seal Journeyman in Communications Technologies. After graduating, Danny got his first career opportunity with AGT (later on Telus) and he took that opportunity and ran with it. He spent every summer packing up the family and heading west to Christina Lake, British Columbia. This was an annual pilgrimage by the extended Stephens family to congregate and spend time together for two weeks. Danny’s favourite hobbies included but not limited to hunting, fishing, coaching his kid’s sports teams, brewing beer, watching sports, putting around in the garage and working on various projects. But Danny’s three proudest accomplishments are his three children, his son Jesse and two daughters Noelle and Dano.

Danny is survived by his son Jesse, daughters, Noelle, and Dano; brothers, Dave, and Dean; nephews, Jordie, Clay, and Tate; and niece Sara. He was predeceased by his father Howie, mother Eleanor, brother Doug, nephew Dougie, and cousin Darryl.

Share Your Memory of
Danny
Upload Your Memory View All Memories
Be the first to upload a memory!
Share A Memory
Send Flowers