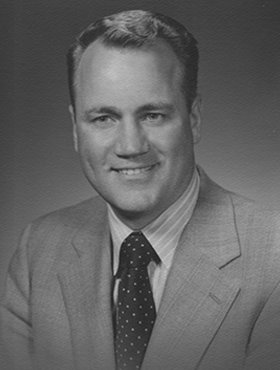 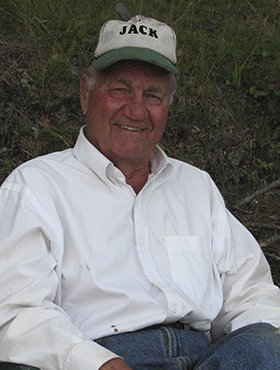 It is with great sadness we announce the passing of our beloved father, grandfather and husband, Jack Robertson, on Tuesday August 3, 2021, at the age of 88.

Born to Jack and Doris Robertson in Toronto, ON, and later raised in Winnipeg, MB, Jack left home at age 17 for Port Arthur, ON, to play Junior A hockey while selling vacuums for Hoover.  There he met his first love, Mary Elizabeth MacKay. They married in July 1956 and spent time in Edmonton and then Winnipeg where he started a career with Investors Syndicate Ltd. (IG Wealth Management). He moved to Toronto in 1966 to act as Ontario Regional Sales Manager. In 1972, he moved to Calgary, to first act as a Region Manager. He later stepped back into a role of Senior Executive Consultant advising individual clients and continuing with a highly successful and satisfying career.  He was recognized with numerous awards for both perennial and lifetime achievements. This included travelling to many destinations through Sales Leader Conventions, which he loved. Jack was fortunate to find a second love and married Sandra MacDonald in March 2002 and they enjoyed many years together.  Jack retired at age 83 in January 2017 after 58 years of service. Jack was a highly energetic, competitive and optimistic person. He lived and enjoyed life to the fullest.  Always planning, seeing and doing, he was continuously on the move.  He was a fun-loving father and grandfather and kept us laughing with his terrific sense of humor. Raising a family of six, Jack was a dedicated family man.  Ski trips to Lake Louise and Fernie, watching his children’s volleyball games, coaching Little League Baseball, supporting his sons in Judo and attending many dance recitals.  He continued to support and encourage his grandchildren in sports into his later years where his love of sport, especially hockey, was shared, encouraged and celebrated! Summers spent at the cottage at Lake of the Woods, Ontario were his favorite vacations, where he and his family thrived for close to 60 years.   Family boating/fishing trips to Shoal Lake were highlights, where Jack cooked up the best shore lunches and the best memories.  The annual Fishing Derby hosted by the Robertson’s was also an event not to be missed.  Jack was a dedicated friend and had many longtime friends whom he cared for deeply and enjoyed throughout his lifetime.  He was a true people person and was always interested in helping others; people knew they were important to him. A true extrovert, Jack was energized by having friends and family around, the more the merrier. Despite Jack’s health issues over the past few years, he always managed to look for and find enjoyment in everyday things. The love for and by his wife Sandra, his children and grandchildren were his ultimate joy. Jack was a constant with his love, support and encouragement and his enthusiasm was endless.  He set a powerful example of how to live life. He exemplified his belief that if you put out the positive then positive will come back to you. Although very successful, he was never materialistic; he invested in memories for himself and his family rather than just things. Jack had a profound and lasting impact on his friends and family. We are all so proud of him and find peace knowing he had such a great and fulfilling life. He will be greatly missed and never forgotten.

Share Your Memory of
Michael (Jack)
Upload Your Memory View All Memories
Be the first to upload a memory!
Share A Memory
Send Flowers