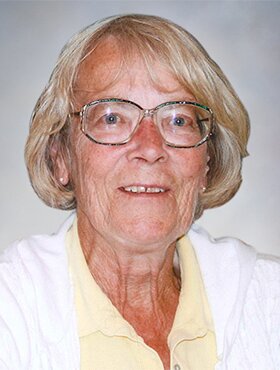 It is with great sadness that we announce the peaceful passing of Maureen Griffith, wife, mother and grandmother on Sunday, October 3, 2021 at the age of 82 years.

Maureen left England in 1959 to move to Canada with Tony to start their life together.  After settling in Calgary, they raised their children and eventually grandchildren to follow.  Maureen devoted her life to her family with her distinctive fiercely protective personality. Throughout her life, she continually gave them her love, friendship and guidance.  Her life was filled with supporting their endeavors, helping where needed and simply enjoying each other’s company. Maureen and Tony loved to travel later in life down to Arizona and California, her favorite being the beaches of California.  Her family would like to think that she is enjoying herself on the beaches of California with her two favorite dogs, Casey and Bow.

Maureen’s family would like to thank the Foothills Country Hospice Society for the care and compassion they provided her, as well as her family at her time in need.

Share Your Memory of
Maureen
Upload Your Memory View All Memories
Be the first to upload a memory!
Share A Memory
Send Flowers