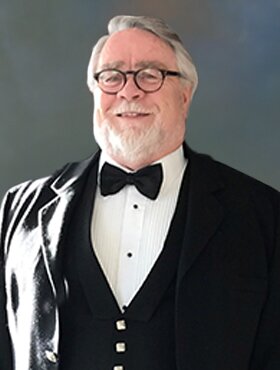 It is with deep sadness that the Burnett family announces the passing of Andrew (Andy) Isaac Burnett, beloved husband of Harle Burnett, and proud Dad to Aaron, Connor, and Alexa. Andy passed away on Sunday, November 21, 2021, at the age of 71 years, after a courageous battle with cancer.

Andy was born on May 5, 1950 in Foam Lake, Saskatchewan as the youngest of Jack and Doss Burnett’s four children. After completing both a bachelor’s and Master’s degree at the University of Saskatchewan, Andy moved to Australia for further studies, before eventually settling in Calgary to embark on a distinguished career in geology.

On August 20, 1993, Andy married Harle Marie Barclay, with his eldest son Aaron serving as ring bearer. Andy and Harle then went on to become proud parents to Connor and Alexa.

Andy is lovingly remembered as a man who brightened the lives of everyone around him whether they were family, friends, co-workers, or strangers. From geology to music to volunteering for good causes, Andy had many passions and always gave his all to whatever he undertook. At various times, Andy was a hockey, soccer, volleyball, equestrian, skiing, or rugby Dad to all three of his kids. He was also immensely proud of the young people his children grew to become.

Andy was generous with his time, whether it was through his service as Chairman of the Board at Grace Presbyterian Church, building houses for the underprivileged in Mexico, or through his involvement in the Calgary Robert Burns Club. He was immensely proud of his Scottish Canadian heritage, and was often spotted wearing his tartan at formal events.

Andy could make fast friends with almost anyone he interacted with and had the gift of being able to make people who knew him feel special. He will be greatly missed far and wide.