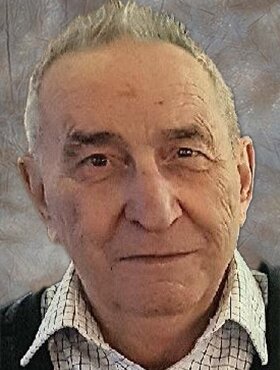 A cherished father and husband, Harry Leskiw of Calgary, AB passed away quietly at home on Sunday, November 21, 2021 at the age of 87 years.

Born in Derwent, AB on September 19, 1934, Harry had a natural affinity for fixing and building all things electrical and mechanical. He graduated as an Electrical Engineer from the University of Alberta in 1956.  His college weekends were spent playing in a band with his brother at weddings. After meeting the love of his life, Lillian, he married in 1958 and within a few years two daughters were born, Sheryl and Janet. Work took him on various assignments all over the world which included relocating with family to Wales and then the Netherlands for several years. His love of travel was infectious and inspired his daughters with the same worldly curiosity. Harry was always active, building a cabin at Sylvan Lake, community volunteering for the food bank, caring for family pets, gardening and assisting people however he could. Harry, an engineer, musician, loving husband, kind friend and neighbor, proud and caring father will be missed forever.

Harry is survived by his loving wife of 63 years, Lillian, and two daughters, Sheryl Leskiw (Winnie and Maddie) and Janet Leskiw (Dominick). Harry was the last remaining sibling, having been predeceased by his parents, three sisters, Ann, Dorothy and Mary; and two brothers, Paul and Steve.

Funeral Services will be held with a small private gathering for family and friends. Condolences, memories and photos may be shared and viewed on Harry’s obituary at www.McInnisandHolloway.com.

Share Your Memory of
Harry
Upload Your Memory View All Memories
Be the first to upload a memory!
Share A Memory
Send Flowers