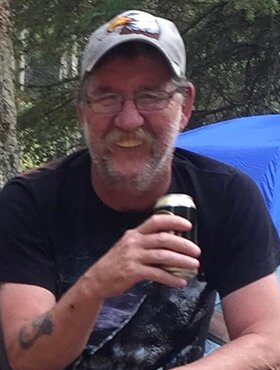 Kim was born in Saskatoon, Saskatchewan on July 9, 1958. He will always be remembered for his free spirit and as someone who lived his life with laughter whenever he could. His heart was huge and if you knew him, you could feel it. If you were lucky enough to be called his friend, you knew he had your back no matter what. Kim was especially protective of his family. He was a lover but if you did anyone close to him wrong, he became a lion.

Kim is survived by his brother George; sister-in-law Arlene; and his sister Colleen; brother-in-law George; nieces, Bailey (Erick) and Jodie; and nephew Joe; as well as numerous cousins and close friends.

Kim was predeceased by his mother Elsie, father George; brothers, Kirk, and Gregg; and nephews, Kyle, and Ryan.

Kim will be dearly missed, and I know his presence will be forever etched in so many hearts.

Rest in Peace buddy, we love you always.

Share Your Memory of
Kim
Upload Your Memory View All Memories
Be the first to upload a memory!
Share A Memory
Send Flowers