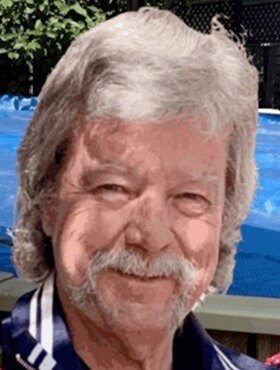 It is with profound sadness, we share the news of Gary’s passing at the Foothills Hospital after an admirable, hard, courageous fight with esophageal cancer.  Gary Van-Dack, beloved husband of Gay Van-Dack (nee Richardson), of Calgary, AB, passed away on Wednesday, January 5, 2022, at the age of 68 years.

Gary moved to Calgary with Gay in 1974 to further his career.  He was the number one salesman in the world for Canon cameras.  Gary was a gifted salesman who earned awards through every career he had.  He collected cameras over the years and always held a great deal of knowledge about them.  He also turned his family pictures into slides.  Once a year the family would watch them and reminisce.

Gary enjoyed the warmer months most.  This is where he could relax in his backyard enjoying his favorite cocktail & personal oasis.  He took great care of his beautiful collection of flowers, impressive vegetable garden & beloved heated pool.  His family thoroughly appreciated his pool.  He enjoyed Sunday night family dinners where he’d cook his favorite meals and spend time with his grandkids & daughters.  Dad loved to Arrrrrrr with a growl at any tiny thing that upset him.  His daughters got a kick out of teasing him back.  There were many laughs.

Gary had 34 years of experience in Taekwondo. He was very proud of his Haida inspired Taekwondo logo that he designed himself.   He owned a club and held a sixth Dan black belt.  Not only did he enjoy the social aspect of it, but also mentoring his students to watch them grow in mind and ability.  Gary had a unique way of teaching.  He was able to keep his kind heart and laughter while also teaching with firmness and integrity.  Many lives were changed for the better through Panther Taekwondo’s 31-year history.

Gary adored his cheeky bird and Lhasa Apso Annabelle.  He spoiled them both with treats and love.  He taught his daughters to be kind to all living creatures.  No stepping on ants, spiders go outside safely and a struggling bug in the pool should be swept out of the water.

Gary was a man who embraced life.  He taught his daughters to be strong, empathetic, and wise.  He spoiled his wife with chivalry and love.  They had a bond that couldn’t be broken.  A beautiful man taken too soon.

Gary is survived by his Wife of 47 years, Gay; daughters Christina (Byron) and Jenny (Chris); and grandchildren Benson, Alexis, Isabella, Xander and Emmitt.

Funeral Services will be held at Glenmore Inn (1000 Glenmore Court SE, Calgary, AB) on Thursday, February 3, 2022, at 3:30 p.m.  Those attending will be asked to provide valid government identification (with name and date of birth) AND confirm one of the following: (A)Provincial vaccine record with QR code (paper or digital); OR (B)negative COVID test (within 72 hours); or (C)valid medical exemption (signed letter); OR (D)under 12 years of age.

Share Your Memory of
Gary
Upload Your Memory View All Memories
Be the first to upload a memory!
Share A Memory