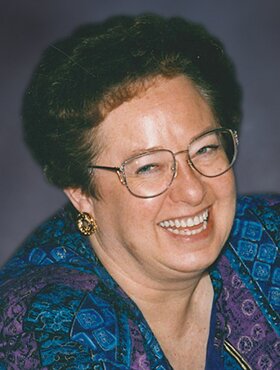 It is with great sadness that we announce the passing of our mother, Maureen Anne Unland (nee Graff) of Calgary, AB, on Sunday, January 9, 2022 at the age of 76 years.

Maureen grew up on the family farm near Ferintosh, AB. She attended Rosebrier School until grade twelve and then went to Edmonton to work until she married Philip John Unland on February 12, 1966. Philip predeceased Maureen on August 02, 2017.

One of Maureen’s passions was painting. She was a founding member in the inception of the Calgary Decorative Artists in 1980. She served as President three times and travelled to many conventions, took classes, honing existing and learning new skills. Always generous in sharing her talent, she taught many forms of Tole and Decorative painting over the last forty years. During her life on an acreage in Bearspaw she did a lot of volunteering for the various community functions. The one she took particular pride in was the Christmas Craft Sale which she ran for approximately twenty years.

A Celebration of Life will be held at a later date. Condolences, memories, and photos may be shared and viewed here. The family would like to thank the staff at AgeCare Glenmore and the Tom Baker Cancer Centre for their care and compassion while caring for Maureen. In lieu of flowers, if so desired, memorial tributes can be made directly to the Canadian Cancer Society.

Share Your Memory of
Maureen
Upload Your Memory View All Memories
Be the first to upload a memory!
Share A Memory
Send Flowers