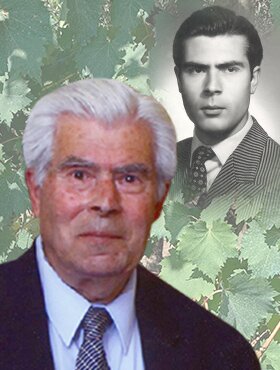 Joe was born in Alanno Pescara, Italy, on September 7, 1928. He immigrated to Canada in 1955, where he married his wife, Antonia, and had two children, Umberto and Liliana. Joe worked as a Tailor all of his life, even into his 90’s. Every now and then he did odd jobs like construction, clothing salesman, and restaurant cook. Joe accomplished much through his life and was particularly proud of earning his tailoring certificate in Rome at just twenty years of age. At the age of twenty-five, he would open a little tailoring shop, also in Rome. Joe also had great pride for his place in Italy and, especially, his grandchildren. Joe loved fishing, going on walks, working on his garden in Italy, and listening to classical Opera. Joe’s most memorable vacation was when he visited Sicily for the first time, he enjoyed his time spent there and always spoke of wanting to return. He will be most remembered for being a Master Tailor.

Funeral Services will be held at McInnis & Holloway (Crowfoot, 82 Crowfoot Circle NW, Calgary, AB), on Friday, January 14, 2022, at 1:00 p.m. Graveside Service to follow at Eden Brook Memorial Gardens. Those attending will be asked to provide valid government identification (with name and date of birth) AND confirm one of the following: (A)Provincial vaccine record with QR code (paper or digital); OR (B)negative COVID test (within 72 hours); or (C)valid medical exemption (signed letter); OR (D)under 12 years of age. Condolences, memories, and photos can also be shared and viewed here.

Share Your Memory of
Joe
Upload Your Memory View All Memories
Be the first to upload a memory!
Share A Memory
Send Flowers