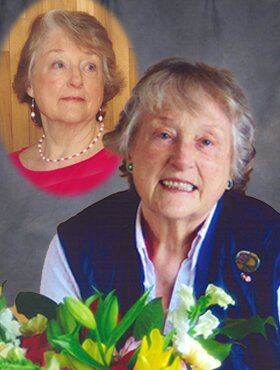 Seonaid Schlosser (nee MacKenzie) of Calgary, AB, passed away in hospital on Saturday, January 8, 2022 at the age of 87 years. She was born on March 29, 1934. Shon was the loving wife of Henry Schlosser, dear mother of Janet and Nancy (Darwin); and loving grandmother of Kiley, Roberta and Gordon.

She is survived by her niece Morah (Jerry) Fletcher and her nephew John MacKenzie. She is also survived by her sister-in-law Henrietta. Shon was predeceased by her parents, John and Morah MacKenzie and brother Dugald.

A Private Family Service will be held. Condolences, memories, and photos can also be shared and viewed here.

Share Your Memory of
Seonaid (Shon)
Upload Your Memory View All Memories
Be the first to upload a memory!
Share A Memory
Send Flowers