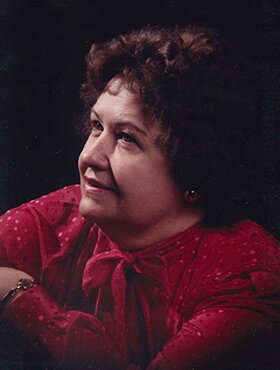 Anne was born in Reynaud, Saskatchewan on December 28, 1933.  Anne moved to Calgary, Alberta in 1955. She graduated from high school at Bedford Road Collegiate in Saskatoon, Saskatchewan in 1953. Anne married Elvert Gordon Rausch in 1957. Anne enjoyed painting and crafts and had a passion for cooking. Anne’s favourite thing was spending time with her family and being a grandma. She will be most remembered for her cinnamon buns that she baked.

Anne is survived by her daughter Cynthia Lynn Roach (nee Rausch), her husband Dan Roach, of Windsor, Ontario, their children, Ryan and Michelle Roach, and their children, Jacob and Hailey; Michael and Cassandra Roach and their son Benjamin; Sarah (Roach) and Kevin Tracey, and their sons, Jackson and Charlie. They all reside in Windsor Ontario.

Anne was predeceased by her loving husband Elvert.

A Graveside Service will be held on Thursday, June 16, 2022 at 11:00 a.m. at Queen's Park Cemetery. Reception to follow in the Hospitality Centre at the Funeral Home (Chapel of The Bells, 2720 Centre Street North, Calgary, AB). Condolences, memories and photos can also be shared and viewed here. If friends so desire, in lieu of flowers, memorial tributes may be made directly to The Alzheimer Society of Calgary, 800, 7015 Macleod Trail S.W., Calgary, AB T2H 2K6, Telephone: (403)290-0110, www.alzheimercalgary.com.