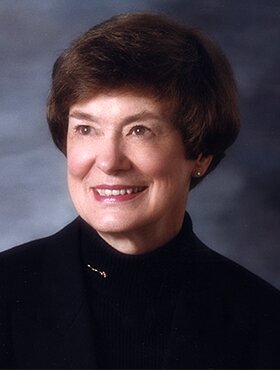 It is with a profound sense of loss that the Grove family announces the death of Kathleen (Kay) Grove who died peacefully at the age of 88 in Calgary, AB, her home since birth. She was predeceased by her parents Dorothy and Ted Tavender and was the beloved wife of Kenneth (Ken) Grove. She was the mother of John (Lisa Hari), Ted (Jane), Ian (Adrian Stimson) and the grandmother of Kenny, Liam, Edison, Adam, Bianca, Nigel, Dakota and Nian, mother-in-law of Debbie Grove and sister of David Tavender (Carolyn who died in 2015).

Kay, born in Calgary, attended high school at Central Memorial and then Crofton House in Vancouver, BC before attending Cygnet College in London, England. She married her husband Ken in 1954 at 21 years of age, spending her first months of marriage in Germany where Ken was completing his service as Lieutenant in D Squadron, Lord Strathcona’s Horse Royal Canadians.

Among Kay’s greatest passions was the game of bridge at which she excelled, playing against Life Master Bridge players. Many deep-rooted friendships were fostered through this game which was also a required skill for all members of the Grove family.

Kay was a lifelong contributor to the Anglican Parish of Christ Church in Elbow Park. Since her christening there, she went on to become an active member of that community serving as warden, president of the altar guild and chairman of the committee to organize Prince Edward’s visit to the church in 2003. Most Sundays, when in Calgary, Kay and Ken could predictably be found in the seventh or eighth pew for Sunday services that would often be followed by extended family dinners.

Kay also served as the president of the Riverside Villa, a rehabilitation centre for women struggling with addiction, taught English to Canadian newcomers and was an active member of the Junior League.

Travel was a great passion of Kay’s, and with Ken, they spent many winter-ski weekends with the family in Banff, AB, extended vacations in Nuevo Vallarta, Mexico and farther afield, travelling the world, eventually stepping foot on almost every continent. In later years, cruise ships were the preferred mode of transportation where the game of bridge would pass the time between ports.

Nowhere on earth, however, could outshine Shuswap Lake in British Columbia. Kay and her family have been summer residents there since 1957. Her happiest days would be watching grandchildren diving off the wharf or fishing for hours on the boat, squeezing on as many family members and dear friends who cared to come along for the ride. She loved being “on” the water, but like her father, had no interest in being “in” it; always a source of amusement for those who knew her well.

Kay was a woman of great determination, elegance and exacting standards, blessed with many deep friendships and a loving and devoted family. She will be dearly missed and well-remembered.

A Private Family Service will be held due to COVID-19, and at the request of the Church. Family and friends who are unable to attend in person are invited to join Mrs. Grove’s service streamed live at https://youtu.be/lwZAj1JAv1U on the day of the service. Condolences, memories, and photos may be shared and viewed here.

If friends so desire, memorial tributes may be made directly to the Heart & Stroke Foundation of Alberta, www.heartandstroke.ca or the Anglican Parish of Christ Church in Calgary.

Share Your Memory of
Kathleen R. 'Kay'
Upload Your Memory View All Memories
Be the first to upload a memory!
Share A Memory
Send Flowers