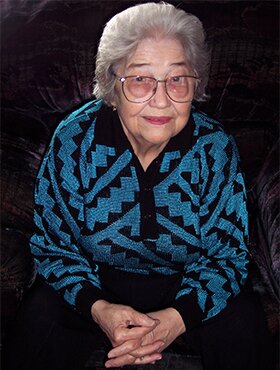 Anna Bodor, beloved wife of Frank Balint Bodor, of Calgary, AB, passed away peacefully on Sunday, April 17, 2022, at the age of 87.

Anna’s greatest passion was her family and she stood lovingly, and fiercely when necessary, to make sure that they knew she was always there to care and protect them.  Every friend we brought home instantly called her “Mom” or “Mama”, because her love for children was so strong, that everyone felt it.  There was nothing else that they could have called her because it didn’t feel right.

She was feisty, funny, strong, bold, independent, but most of all, loving.  When she lost her husband of 49 years, a part of Anna was a little lost without him.  Frank brought her yellow roses whenever he could, and when he passed, we made sure that she continued receiving those roses.  Today we know that he was waiting for her with those roses in hand and open arms.  Our lost little Mama is lost no more.

Anna is survived by her daughter, Barbara Anne Jaszai, her son Frank Brent Balint Bodor, and son-in-law Sandor Jaszai, all of Calgary, AB.  She is also survived by her three granddaughters, Avalon, Nicola, and Elexandra; and four great-grandchildren, Jaxon, Liam, Logan, and Aurora. In Hungary she leaves behind her niece Zsuzsa and several other nieces and nephews.

Anna was predeceased by her loving husband, Frank Balint Bodor, and her two brothers and five sisters.

Anna’s wishes were to not have a service, but to have a Celebration of Life out at the lake on her birthday.  She did not want to be remembered in sadness and tears, but laughter and love.

Although our hearts are broken, we know hers is full, and we will meet again.

On Easter Morning Jesus rose and took an angel with him.

Share Your Memory of
Anna
Upload Your Memory View All Memories
Be the first to upload a memory!
Share A Memory
Send Flowers