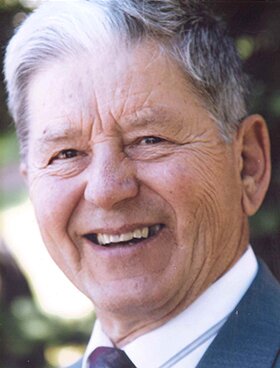 It is with sadness in our hearts we announce the passing of William “Willy” Pickard, on Sunday, April 17, 2022. Willy leaves behind his wife of 52 years, Mary; brother Herby (Carolyn); son David (Laurel); grandchildren, James (Sean), Amanda (Pedro), and Luke (Erin); and great-grandchildren, Rose, Sienna, and Alexis. Willy predeceases numerous relatives in Germany, Australia, England and Canada.

Willy moved to Canada in 1952 from Selm, Germany. As a farmhand, he worked for the Melcher and Bussman families and established many long-lasting friendships.  Leaving Rockyford, Willy moved to Yellowknife working for Con Gold Mine with his brother Herby.

In 1968 Willy returned to Calgary and fell in love with the girl next door.  Mary and Willy enjoyed their road trips throughout Canada and Western States and were often joined with family and friends.

Willy finished his working career after multiple attempts of retiring from Cara Kitchen.

The family would like to extend their thanks and heartfelt gratitude to his sister-in-law Dorothy Harwood, his dearest friends Jean and Gerard Chung, and the caring staff at AgeCare SkyPointe for their exceptional care during Willy’s illness.

Willy will be remembered for his generosity, support, love, and loyalty for his family and friends.

Condolences, memories, and photos may be shared and viewed at here. If friends so desire, memorial tributes may be made directly to the Alberta Cancer Foundation, c/o Tom Baker Cancer Centre, www.albertacancer.ca/memorial.

Willy you will always be with us.

In living memory of Willy Pickard, a tree will be planted in the Ann & Sandy Cross Conservation Area.