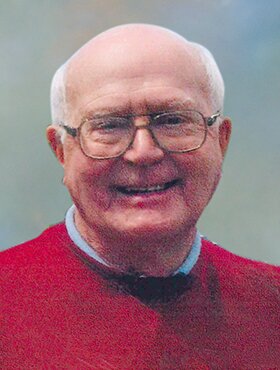 Don was born in Millom, Cumberland, United Kingdom on July 25, 1934, to Richard Donald and Alma Schiefler (nee Martin). He was the third child, following his brother Harry, and sister Elizabeth. He attended Millom County Secondary School. After graduation, Don commenced his post-secondary education, pursuing a Bachelor of Science in Geology at the University of Manchester. While in Manchester, he became engaged to Doreen Power. Don and Doreen immigrated to Canada and were married in Edmonton, AB in 1956. In February 1958, they welcomed their first child, Susan. Susan was followed by Mark in April 1959; and Fiona in March, 1961. The family returned to the UK in 1961, where the growing family welcomed Stephen in September 1963; and Kirsten in December 1965.

In August 1979, the family returned to Canada, settling in Calgary. In 1984, Doreen was diagnosed with cancer. She passed away in December  that year. Don retired from geology after two years of working in Sydney, Australia. On his return to Calgary, he met Frankie. They were married in the summer of 1987.

Share Your Memory of
Dr. Donald (Don)
Upload Your Memory View All Memories
Be the first to upload a memory!
Share A Memory