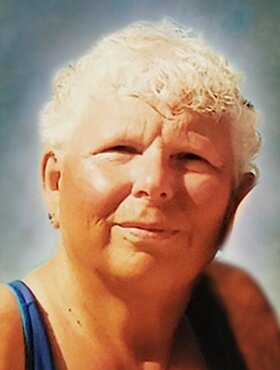 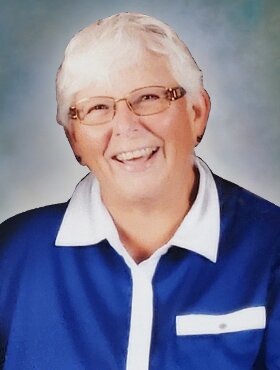 Corrine Abercrombie (nee Brasseur) beloved wife of Ray, passed away on Monday, April 25, 2022, at the age of 68 years. She was born in Wynyard, SK on October 3, 1953, and resided in several communities throughout Saskatchewan until moving to Alberta in 1976.

Corrine obtained her diploma in library science at the Saskatchewan Institute of Applied Science and Technology and was particularly proud of earning her degree in literature at the University of Athabasca while working full-time. She was employed as a librarian at various schools in Vegreville, Sherwood Park, and Calgary. Corrine also helped coach track and field and led the Media Club within her role at St. Francis High School. She retired in 2009.

Corrine married Ray in 1972. She accomplished much through her life and was particularly proud of her children and grandchildren. Corrine enjoyed camping, gardening, knitting, shuffle-boarding, spending time with family and friends, watching curling and the Toronto Blue Jays, travelling, playing cards and other games, and swimming. She spent many days, in gymnasiums and ball diamonds, watching her daughters and grandsons play various team sports. If you ever had the pleasure of experiencing a baseball game with her, you would have heard her “supporting” the umpire’s calls!

Corrine relished her travels to Hawaii, Europe, the Caribbean, and various locations within Canada and the United States; she always had fond memories of Lake Diefenbaker and Wolf Lake. Her travels were enriched by those she shared the experience with as Corrine loved to socialize and laugh with others. Anyone who had the pleasure of knowing Corrine would remember her kind spirit, her ability to make long lasting friendships and her unwavering support for students who needed it.

Besides her loving husband, Ray, she is survived by her two daughters, Shannon of High River, AB, and Shayne (Darwyn) of Medicine Hat, AB; her two grandsons, Theryn (Sierra) of Bellevue, AB, and Kayden (Abby) of Medicine Hat, AB. Corrine is also survived by her two brothers, Garth (Merril) of Yellowknife, NWT, and Todd (Norma) of Kelowna, BC; two sisters, Lorna (Kim) of Elbow, SK, and Cindy (Shayne) of Osler, SK; as well as numerous nieces, nephews, cousins, and friends. Corrine was predeceased by her parents, Joseph and Ivy Brasseur.

A Celebration of Corrine’s Life will be announced at a future date. If friends so desire, in lieu of flowers, memorial tributes may be made directly to the Canadian Pulmonary Fibrosis Foundation, Attn: Calgary Chapter (47 Squire Bakers Lane, Markham, ON L3P 3G8, Telephone (905) 294-7645, www.cpff.ca), or to a charity of your choice on her behalf. Condolences, memories and photos can also be shared and viewed here.

Share Your Memory of
Corrine
Upload Your Memory View All Memories
Be the first to upload a memory!
Share A Memory
Send Flowers